Updates to Charles' profile since your last visit are highlighted in yellow. 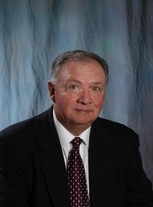 Life has treated me and my family well.

After four years of military service, including a tour in Vietnam, I spent most of my life in the investment business, in a variety of roles, including heading up the investment advisor, brokerage firm, and family of mutual funds for a 35 billion dollar company.

I've served on a variety of boards, including public and private companies, among them a fortune 500 company, and in the past few years restricted my board service to not-for-profit organizations that matter to me.

Until the end of 2016 I had my own company, with my youngest son being my partner. I have retired and he is now running the business.

I loved flying, and until a small stroke forced me to give it up, I volunteered my time and my plane to Lifeline Pilots, flying patients to distant medical care. I was asked to participate in a video about Lifeline Pilots which is shown above. (the video is out of date...but I couldn't find a way to delete it)

Some time ago I founded The Det 3 Foundation, to support combat units whose duties are similar to those I performed in Vietnam with the 101st Airborne Division. For tseveral years I served as Chairman of the Green Beret Foundation program in Cincinnati. As of August of 2021 we have raised over $2,000,000 for that organization,

Perhaps the greatest honor of my life was being be invited to join the board of the US Army War College Foundation, representing the Vietnam era veterans. I served as Chairman of the Investment Committee. In 2013 I was appointed to the Executive Committee. I have now completed the permissible time to serve under the by-laws. After that, I was asked to remain in service as a "Special Advisor" to the board, which I did.

On November 19, 2018 I was very pleased and proud to learn I had been elected to the National Board of The Green Beret Foundation, San Antonio, TX. I now serve as Chairman of the Executive Committee.

I was recently honored by the Secretary of the Army recognizing me for a lifetime of service to the Army and the troops., which was a big surprise and to be honest, very gratifying.

Cathy Gormly, my childhood sweetheart has shared over 58 years with me, and I am so blessed by her being the anchor in my life.

Unfortunately our health hasn't been great the past couple of years. Cathy is in stage four Kidney failure, and I have had numerous issues including a third stroke at the end of May, 2020. While these things have slowed us down a bit, we are still keeping active.

Recently, I have had the great joy of reconnecting with Gary Cohen, a classmate who was someone I really was close to in school. Gary is a magnificent person and highly successful fellow classmate. I neglected to mention in the past that I have struck up a friendship with Rich Cefola and his lovely wife Dee. We knew each other in passing during school, but more recently have become close, and get to see each other once or twice a year. Rich is a wonderful fella, and I'm grateful for his friendship. I'm also in touch with Peter Boyles, a great mind and wit, as well as (Pastor) Lew Clark, who had planned to be my roommate in college...unfortunately that didn't work out...same wonderful guy today that he was back then. On occasion we see Sam Miglioretti, who was a pal and a neighbor of Cathy's. I know I"m forgetting some folks I've seen...forgive me...I'm in the prime of my senility!

I most remember Mrs. Dunham, during my Senior Year ... she was a wonderful lady, and gave lots of sage advice and guidance in her Advance English class.

Thanks for your service in the Navy...I hope your health remains great...and that you get a bunch of grandkids! (I have 10, and 6 great grandkids, and they are fun!!!)

HAPPY BIRTHDAY!
Still cute as ever...
Hope our paths cross again in the days ahead.
Warmest Regards,
Chuck

Best wishes to you and Tedd

Cathy and I hope this is a great birthday, and we wish you health and happiness.

I am proud of you, and hope you have many more happy and healthy years to come.

God bless you and yours.

Hi Mary
Best wishes for a very happy birthday. You and Tom seem to be very happy together...that is just wonderful...He is a terrific guy...my regret is that you folks are so far away. I hope our paths cross at least once more in the days/years ahead. May God bless you both and forever hold you in his loving embrace.
Chuck

Great pictures, Mort...you look like a very happy man...and I am so glad that is the case...You have always been a wonderful man.
Chuck

Happy Birthday to you and Dee...I hope to see you in Florida.

I'M VERY PROUD OF ALL YOU HAVE ACCOMPLISHED!!!

STAY HEALTHY AND KEEP ON CHARGING AHEAD.

Thanks for all the work you put in to make the reunion happen. I really enjoyed seeing everyone.

I wonder if it is possible to get another copy of the booklet that was given out...somehow I have misplaced mine.

I'm happy to pay any costs involved...I'd really like the chance to read it.

Happy Birthday Sig...I hope to see you this year at the reunion...Still one of the best smiles ever!!!
With great affection...Chuck

Hi Mary
I wish you a wonderful birthday, and many more to come in good health and happiness.

Happy birthday Rich...see you in a couple of weeks.

Back to Charles' Profile Details